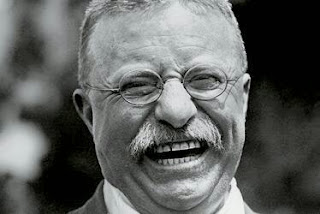 What would Teddy Roosevelt say about the state of football in America today? Ninety eight years ago yesterday President Roosevelt first likened crusading journalists to a man "with a muckrake in his hand" in a speech to the Gridiron Club in Washington. I'm not sure a muckraker is needed to dig up trash in today's NFL, NCAA, or even high school football programs. As a dedicated and devoted player, coach, and fan, I experienced, and continue to experience, the constructive and time tested values of brotherly love, teamwork, coaching, and leadership the sport culled in me, my teammates, and players I coached through triple sessions, four hour practices, four hundred and forty yard sprints, early morning agility drills on back hallway steps, and hours of lifting, training, skipping rope, practicing, and bustin' each others' chops.

At Brown, I remember hitting a two man sled and when the slight assistant line coach didn't provide enough resistance, our 260 pound plus assistant, who still coaches in the NFL, was asked to "take the ride". The sled held as our other starting tackle hit it and pinched a nerve in his neck. We switched back to the lighter coach and hit that sled until it broke. A player's skin color didn't matter as we exhausted our minds, bodies, and spirits and jelled into one unit. The repetition, challenge, and stress on our bodies and minds required discipline, devotion, and mutual support.

I struggle to remember ever hearing the "N" word while playing or coaching over a 17 year period. I did experience racist thoughts in a Penn State meeting when Joe Paterno stated Penn State wasn't ready for a black quarterback. This while Randall Cunningham starred for the Philadelphia Eagles. My teams were integrated and I'd like to think we embraced, in response to most of my coaches' leads, each other as equals. A player's background or heritage didn't seem to matter. If a player cared about others - demonstrated selflessness, integrity, loyalty, wore the uniform with pride and put in the effort, he became a brother, a teammate for life. I also grew up in a mixed race neighborhood and knew my first close neighbor, Nayan Lassiter, as my best friend before I realized his and his family's skin tone was different from mine. 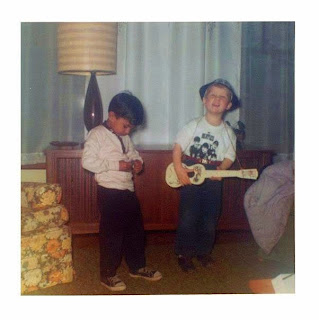 Given my history and the relationships I have with African American friends, it is painful for me to read transcripts of Richie Incognito's and Jonathan Martin's text messages, where Incognito's demeaning texts, he claimed he sent to build brotherly bonds, bullied and harassed Martin to the point where Martin left the team and considered suicide. Martin shared in the banter, but was overpowered by Incognito's verbal assaults and physical threats. It was also suggested Incognito's coaches gave him the green light to bully Martin to make Martin more tough. Abusive behavior does not toughen. It's intent is to control. I always believed true toughness belonged to players who could funnel and control their power to dominate athletic events while treating people as equals while away from sports. They demonstrate control and restraint.

Bullying behaviors can be incorrectly associated with toughness when in reality it is a weak person who seeks to feel validated by attempting to control others. The original Ancient Greek athletic premise was to help the athlete reach one's whole potential with competition and sportsmanship. Controlling oneself and one's body to gain victory over another is celebrated in athletics, but athletics should also teach humility. There is always someone greater. The Olympic intent is to improve oneself while improving others, and society as a whole. A great athlete knows when and where to demonstrate power and control, and when to treat others as equals.

Granted, society has changed. On days when I was not with clients last year, I taught math at an alternative high school in Massachusetts. Most of the students have troubled backgrounds. It is a mixed race population. Before being addressed, reprimanded, and corrected, their street habits brought this communication style to the classroom and when African American students talked amongst themselves, they used the "N" word several times per sentence. White students would never use the "N" word.

My mother showed me how a person can choose to respond to, and use, words and force for power and control, or for goodness and justice. We had a helping hand sign in our home's front window. It indicated we had a "safe" home, where a trained parent was available for a child feeling harassed, bullied, or unsafe. When I was ten, as I entered my home after school, I heard commotion from across the street. I turned and watched a very strong, eleven year old black boy following an eight year old white boy.

My initial conclusion was the black boy was bullying the white boy, but as I listened and observed, I heard the younger and smaller white boy yelling this derogatory term at the black boy, who just followed, controlled his aggression, and seemed bewildered by the younger white boy's ignorance, hate, and taunting. My mother intervened and had a long talk with the black boy. I remember she told him kids learn behaviors and values from their parents and how not everyone acts or believes in such hateful ways. She then offered him some snacks. He grew into an exceptional athlete, teammate, and friend.

My high school coach is a decorated Marine, Korean War Veteran, who forged our team like a platoon with sweat, commitment, and compassion. We were brothers. Granted, we busted each others' chops, but it was a way of expressing fondness and this fostered a sense of unity and pride in our team and in each other. If they weren't teasing, something was wrong. Selfish players changed or left. Mean players were corrected, or shunned. I learned, and our record proved to me, how self sacrifice for a greater cause led to success and accomplishment. Right or wrong, I correlated our team's success with our ability to embrace each others' shared values and to put the team ahead of one's self. This truth of sacrifice motivated us, and over three years we never lost a game.

There were accepted lines my high school teammates did not cross while teasing each other. These included comments about family, race, and religion. Unique physical, personality, athletic, and mental attributes were open for game. At Brown, my team atmosphere was cultivated in position groups and, despite great individual talent, we missed the collective team unity, and success, my high school coach fostered.

Strong bonds and friendships were forged, in part, by teasing each other on the acceptable topics I learned in high school. Race, family, and religion remained forbidden topics. To this day, when I call my former Brown line mate, Jeff Trauger, at his Pennsylvania law firm, I use a pseudonym, reflecting a breaking news maker or Philadelphia sports figure, when introducing myself to the receptionist. Like clockwork, this person always broadcasts this news maker's or celebrity's name on my teammate's intercom. Today I was New York City mayor Bill De Blasio.

So, when I read Incognito claimed he sent racist, threatening text messages to Martin to foster bonds, I questioned his definition of friendship and team. My mom fought the love of power with the power of love. I've been fascinated with the impact of these forces on organizations, families, teams, and relationships since teamwork first graced me.

I experienced many gifted role models on my great teams and in the great organizations I've served; talented people who sincerely care about their impact on those they mentor. They work hard and set great examples. They encourage others. They celebrate great performances and good habits. They critique poor effort. They understand the power of compassion.

Average teams and mediocre organizations seem to share a common snare - bullies; average to inferior talents who belittle, abuse, threaten, contrive, control, and use derogatory comments to stymie others for power and to foster fear. They have great egos, but they lack the real talent to garner the rewards their egos seem to expect. My great teams were filled with selfless, fun, self critical, and honest people. Inferior teams and organizations seem to have an abundance of less talented, yet more selfish, deceptive, and narcissistic people who manipulate their placement, and are suspiciously celebrated, in leadership roles. Reality seems twisted in these organizations, like when Joe Paterno said Pennsylvania wasn't ready for a black quarterback or when he failed to report a soul murdering staff member to the proper authorities.

If you are blessed to be in a community, organization, family, team, or relationship where the power of love takes precedent, I encourage you to spread your talents and truths to bring this value to others. I also encourage you to use your bully pulpit, like Teddy Roosevelt, to fight those organizations and people who suppress others for the sake of their own power, egos, or wallets.

If you are trapped in a situation where the love of power undermines your freedom or true team goodness, I encourage you to ponder thoughts recently shared by George R. R. Martin whose work inspired the HBO series Game of Thrones. "Power struggles seem to be omnipresent in every field of human endeavor, extending all the way up and down society. We assume that power has a certain reality. Apart from comic books, where Superman has the power to fly, the only power real human beings have is the power they think they have. You see that sometimes in the collapse of a society. Why did the Soviet Union fall? Because one day the Kremlin gave orders and the soldiers said no, and the whole thing fell apart. It's a fundamental truth that I think Gandhi and Martin Luther King Jr., hit on, that power depends on the obedience of the less powerful. A leader is powerful only when he says jump and people jump. He has no actual power to make them jump. It's their belief that he has the power. It's an illusion, a shadow on the wall. And sometimes people stop jumping, and the whole world changes."

Stop jumping for people who don't have your best interest in hand. If I can help, please let me know.
Posted by Matt Paknis at 8:07 AM 2 comments: