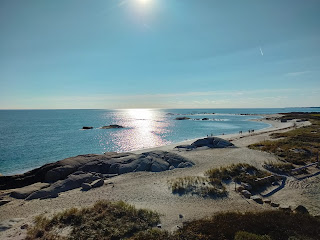 "A lack of transparency results in distrust and a deep sense of insecurity." - Dalai Lama "Transparency, honesty, kindness, good stewardship, even humor, work in businesses at all times." - John Gerzema #StepUp #healthyworkplaces #leaderselevatethoughtandconduct #DignityAtWorkAct Bullying is typically motivated by the bully’s insecurities and inadequacies. Any colleague who unwittingly threatens to highlight or expose a bully’s failings or insecurities is a potential target. #LeadersArentBullies
Post a Comment
Read more 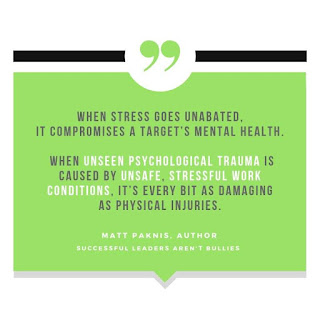 "When we long for life without difficulties, remind us that oaks grow strong in contrary winds and diamonds are made under pressure." - Peter Marshall "The greatest weapon against stress is our ability to choose one thought over another.” - William James "In times of great stress or adversity, it's always best to keep busy, to plow your anger and your energy into something positive." - Lee Iacocca #leadersarentbullies #healthyworkplaces #leaderselevatethoughtandconduct #stepup   #DignityAtWorkAct
Post a Comment
Read more 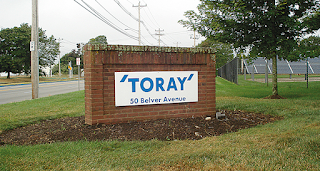 Judge William E. Smith said, "some passages referred to “flagrant” safety violations, increased physical accidents, intentional destruction of company equipment to undermine other employees, and illegal behavior by managers or executives of a certain company.   Other passages suggested that executives of a particular company colluded with or ignored troubling behavior by a certain manager while employees who reported such behavior suffered retaliation." Such statements, “if false and concerning Toray,  could  be capable of defamatory meaning,” Smith wrote. "However, there was no evidence in the summary judgment record suggesting that Toray lost profits, suffered reputational harm with clients or in the business community at large, or lost employees as a result of the book." Smith said. Paknis' attorney, John Mangones emphasized that the non-disparagement clause did not prohibit Paknis from sourcing any material from his experience at Toray; it simply
Post a Comment
Read more 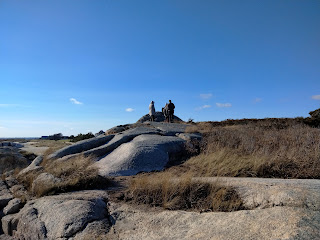 "Goodness is about character: integrity, honesty, kindness, generosity, moral courage, and the like. More than anything else, it is about how we treat other people." - Dennis Prager #leadersarentbullies #StepUp #healthyworkplaces #leaderselevatethoughtandconduct #DignityAtWorkAct Bullies tend to target good people simply because of their “goodness.” These targets don’t do anything wrong to attract or to justify #bullying. Targets do many things right actually, and this, of course, makes bullies jealous and irrational in retaliation.
Post a Comment
Read more

Awareness and Willingness to Change 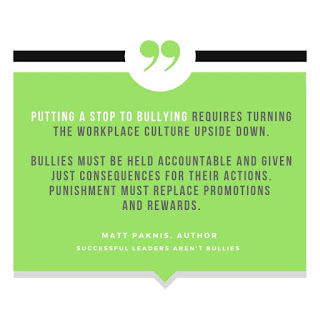 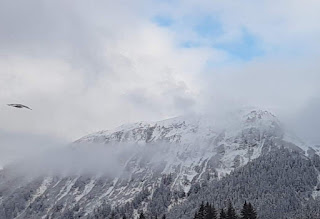 Bald Eagle "Fear keeps us focused on the past or worried about the future. If we can acknowledge our fear, we realize, right now, we are okay. Right now we are alive. Our bodies are working. Our eyes see the beautiful sky. Our ears hear the voices of our loved ones." -Thich Nhat Hanh #leadersarentbullies   #healthyworkplaces #DignityAtWorkAct   #leaderselevatethoughtandconduct Schoolyard bullies target those who don't fit the norm. They pick on those they perceive as “different” who trigger the bullies' fears of being ostracized.  Workplace bullies target talented employees who trigger the bullies' fear of being exposed as an incompetent fraud. #Stepup
Post a Comment
Read more 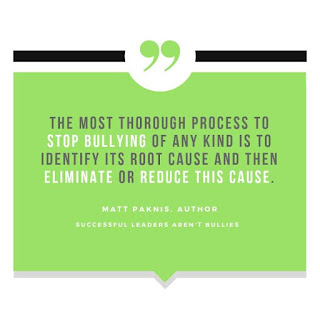 "The ideal of behaviorism is to eliminate coercion: to apply controls by changing the environment in such a way as to reinforce the kind of behavior that benefits everyone." - B. F. Skinner "Once you eliminate the impossible, whatever remains, no matter how improbable, must be the truth." - Arthur Conan Doyle #leadersarentbullies #healthyworkplaces #leaderselevatethoughtandconduct #stepup #DignityAtWorkAct
Post a Comment
Read more
More posts